With Luis Diaz , Liverpool vs. Real Madrid face each other live for a new final of the UEFA Champions League 2021-2022 from the Stade de France at 2:00 p.m. in Colombia. Those led by Jürgen Klopp will seek to get the long-awaited ‘Orejona’ after losing the Premier League after staying just one point behind Manchester City. Of course, the German coach could lift his second trophy directing the ‘Reds’; he previously achieved it after defeating Tottenham in 2019.

On the other side of the coin is the team that has been coming back from series in an unimaginable way. Real Madrid , led by Carlo Ancelotti, will have the mission of adding a new star to its palms. Interestingly, his last conquest of this tournament was in 2018; after beating Liverpool 3-1 in the final at the NSK Olimpijs’kyj. Can history repeat itself?

ON WHICH CHANNEL DOES LIVERPOOL VS. REAL MADRID – FINAL, CHAMPIONS LEAGUE 2022

ESPN and Star Plus will be the channels that will broadcast the final for countries like Colombia , Peru, Uruguay, Argentina, Chile, Ecuador and all of South America.

Movistar Plus and TVE are the signals that will broadcast the Champions League final for Spain.

TNT Sports or HBO Max are the channels for Mexico.

Sky Sports is the signal in charge of transmitting Liverpool vs. Real Madrid in Central America.

Four years after the final was won (3-1) by Zidane’s Real Madrid , the two teams meet again in the midst of successful seasons. After replacing ‘Zizou’, Ancelotti has fulfilled his mission: after a blank season, Real dominated the League, won the Spanish Super Cup and dreams of its fourteenth European Cup.

The veteran Italian coach immediately won over the locker room with his good nature and frankness. “The players are my friends”, said Ancelotti after the celebration of the 35th Real Madrid League, when a photo of him with sunglasses and a cigar triumphed on the internet.

In Colombia, the final of Liverpool vs. You can see Real Madrid from 2:00 p.m. Peru, Mexico and Ecuador the transmission will also be at the same time.

In Spain, the Champions League final between Real Madrid and Liverpool can be seen from 9:00 p.m. in Spain.

In Argentina, Uruguay and Brazil you can follow the game from 4:00 p.m.

In Chile, Paraguay, Bolivia and Venezuela the game will start at 3:00 p.m.

In Central America you can watch the broadcast from 1:00 p.m. 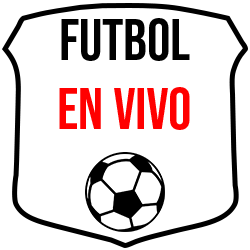